The Bavarian Purity Law of beer has a long tradition. In 1516, a law concerning the ingredients of beer was enacted. It was determined that there is only three ingredients that are allowed to be component of beer: barley, hops and water (later yeast was supplemented). In late July there will be a beer festival in Munich celebrating the 500 years anniversary of this purity law.

A short abstract of the history of Bavarian Purity Law

On the 23rd of April 1516, two dukes of Bavaria, Herzog Wilhelm IV and his brother Herzog Ludwig V passed the Bavarian Purity Law in Ingolstadt, called “Reinheitsgebot” in German. Allegedly, it is the oldest food law they still have to adhere to. 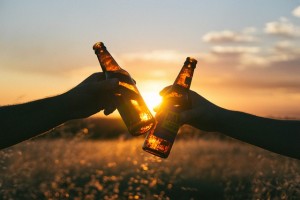 The goals of introducing this new bill were diverse: it ensured the beer´s high quality and thus the citizen´s health. It made sure that other grain (like rye and wheat) was used for baking bread. Compared to other beer breweries, Bavarian beer had a competitive advantage being brewed without any additives. In summary, the consumer protection and the high quality standard were the reasons for enacting this bill and still sticking to it.

The festival of 500 years Bavarian Purity Law for Beer

The celebration of the half millennium Bavarian Purity Law will take place from the 22nd until the 24th of July. There will be several locations (Odeonsplatz in front of the Feldherrnhalle; Ludwigstraße to Von-der-Tann Straße; Wittelsbachplatz and Brienner Straße) with three stages in total for live music and shows. Because of the wide diversity of Bavarian beer, there is something to suit everyone’s taste.

The festival is not only about drinking beer, but also about getting to know more about brewing beer according to the Bavarian Purity Law. Questions referring to the brewery process, beer´s ingredients  and the different kinds of beer will be answered. The entrance to the festival is free of charge and the payment won´t be in Euro, but in so called “Beer-Thaler” which can be bought at different stations.

Since beer is part of German, and especially Bavarian, culture, this festivity must not be missed!